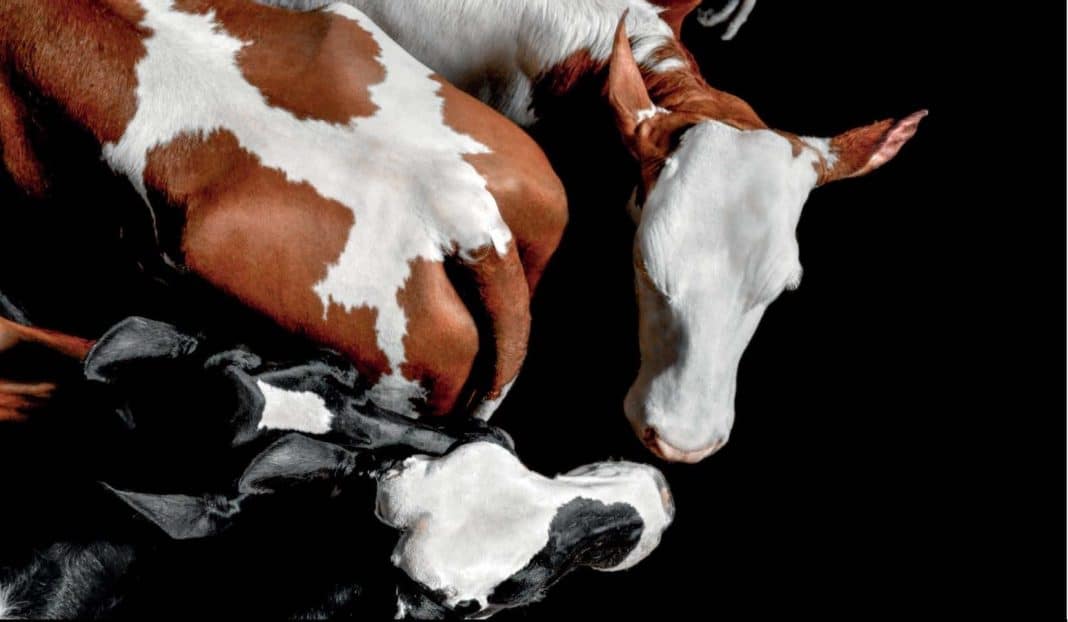 ‘Clinical’ milk fever and subclinical hypocalcaemia are essentially the same thing – they are both low available calcium levels in the blood. It is only the degree or severity that differentiates the two conditions. It is the subclinical hypocalcaemia, however, that is far more costly than clinical milk fever for two simple, devastating reasons: It affects a much higher percentage of animals, and secondly, it goes largely unnoticed. Hence the term ‘subclinical’.

The start of each new lactation challenges a dairy cow’s ability to maintain normal calcium levels in her blood. Milk (including colostrum) is very rich in calcium and cows must quickly shift their priorities to adjust for this sudden calcium demand.

Hypocalcaemia has been linked to a variety of damaging, secondary problems in cows soon after calving. This happens because blood calcium is essential for nerve, but especially muscle function, and from a subclinical hypocalcaemia point of view, particularly the smooth muscles of gastrointestinal organs (rumen and intestines); the uterus and teat sphincter are negatively affected.

As is clear from Figure 1, the knock-on effects of low blood calcium at, and soon after calving, are widespread and impactful – all without showing any visible symptoms! Therefore clues such as lower than expected milk production soon after calving; abnormally high incidence of retained placentas or displaced abomasums; higher than expected incidence of post-calving mastitis cases; and even vaginal and uterine prolapses, can all be linked to low blood calcium levels, namely subclinical hypocalcaemia.

For cows whose blood calcium levels are low, but are still-standing and able to swallow, oral calcium supplementation is often the best approach. Intravenous (IV) calcium in cows still standing, walking and swallowing is not recommended because IV calcium causes a rapid increase in blood calcium levels, often to potentially dangerous levels. Often, for cows that have gone down and cannot stand up due to milk fever, only very careful IV calcium treatment will actually save her life.

After the necessary and successful treatment with IV calcium, the cow is normocalcaemic (i.e. above-normal blood calcium levels) but for five to six hours only. As a result, these animals can experience relapses. These relapses can either be seen as her going down again or, more commonly, the blood-calcium levels drop to above the level where she would have gone down again, but still well below the level of where the knock-on problems occur again (rumen and intestines not working, as well as uterus and teat sphincter muscles not working too) – again, all without being visible to the farmer or vet!

In cows that are not already down (severely hypocalcaemic) and dehydrated, subcutaneous calcium is well absorbed initially. However, blood concentrations of calcium are increased for four to seven hours only! And whether it’s clinical milk fever or subclinical hypocalcaemia, one would ideally aim to supplement these cows with a calcium source that would raise blood calcium levels for as long as practically possible within the first 24 hours after calving.

One should familiarise yourself with the type of calcium supplemented: some are poorly absorbed (e.g. calcium carbonate) and some are relatively well absorbed, but take longer to do so without being longer acting (e.g. calcium propionate). Others are very effective at being absorbed quickly, the only downside being that they do not last very long (e.g. calcium chloride); while others take slightly longer to make a contribution to blood calcium levels, but then go on to do so for many, many hours (e.g. calcium sulphate).

Beyond the calcium type and quantity

No matter how good all the various supplements on the market are, nutrition, both pre- and post-calving, remains the most important – no question. And dietary acidification creates an ideal pH in the cow’s body in which the hormone responsible for efficient calcium usage and absorption (PTH) can function optimally.

The cow will now be able to: (a) draw on calcium reserves from her own  bones; (b) she will be efficiently absorbing the calcium in her ration or grazing and, (c) her kidneys will be reabsorbing any calcium ‘attempting’ to leave her body via her urine.

Bovikalc is a combination of calcium chloride and calcium sulphate, thereby combining the fast, high availability of calcium chloride, with the longer acting, sustained release contribution of calcium sulphate. Once the Bovikalc bolus is in the rumen the blood calcium levels show an increase within 30-40 minutes already, and the bolus goes on to positively raise blood calcium levels for 12 hours or more thereafter! Thus the ideal combination of quick-acting combined with sustained release.

In addition to providing the cow with a longer- acting calcium contribution, the Bovikalc bolus is also acidogenic which has been proven to cause the cow to further draw on her own calcium reserves.

The bolus is coated in a thin layer of wax to aid in the swallowing process, and also as a result does not have an unpleasant taste. Administering a bolus is faster and more convenient than most other calcium supplementation administration methods, it is also efficient resulting in almost no wastage at all of the product.

In a recent study (Oetzel et al, Journal of Dairy Science, 2012), a large number of cows showed a positive increase in milk production after being given a Bovikalc bolus immediately after calving and then another bolus the next day. The Bovikalc group gave between 2,7 and 3,1 litres per day additionally for the first three weeks (average) after calving!

This highlights the value and importance of quality, longer-acting calcium supplementation in the first twelve to 24 hours after calving. – Dr Barry Coates (Article adapted from Oetzel and Miller, 2012)

#VideoVet: Reign in orf before it wreaks havoc