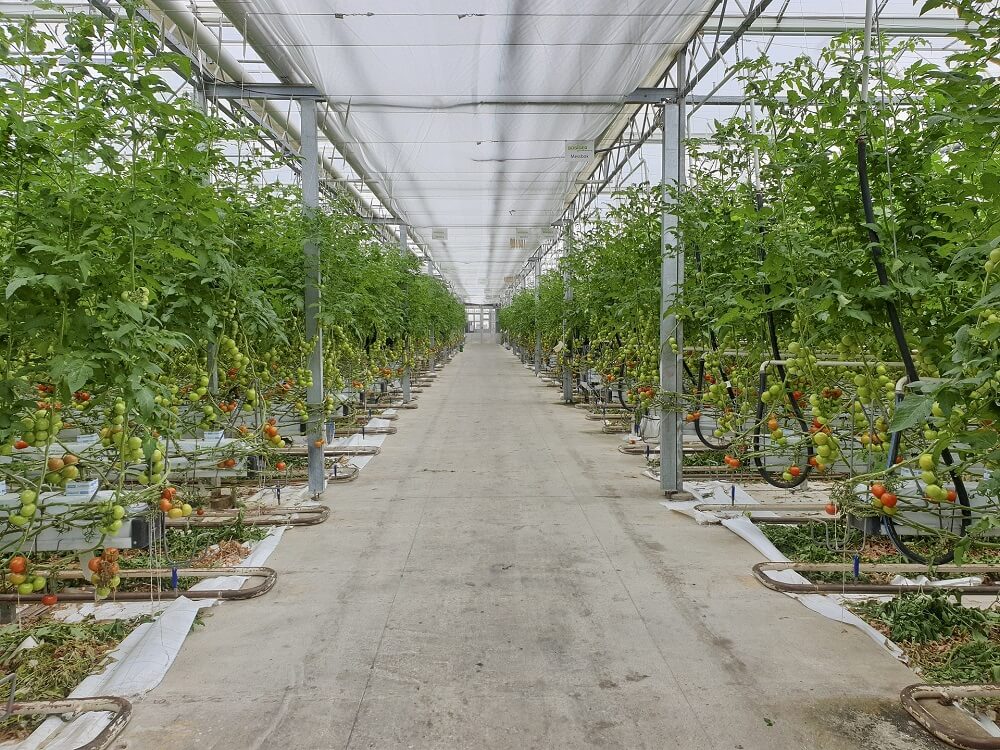 Intensive production refers to any production system thataims to increase yield without increasing the production area. This method of producing food has become a necessity on a planet that has rising population levels and declining resources.

The increase in the production of crops and animals has focused on better use of resources, leading to higher yields and profits. It also leads to more affordable food that is available in a greater variety.

However, intensive crop production systems raise concerns over the possibility of excessive use of fertilisers and agrochemicals, which lead to increased pollution and health issues. Intensive animal production is widely criticised for its potential contribution to air pollution and low animal welfare standards.

Intensive crop production relies on the use of mechanical ploughing, irrigation, fertilisers, agrochemicals such as herbicides and pesticides, as well as high-yielding varieties to increase production.

Between 1961 and 2005 global crop yields increased by 135% due to intensification and only by 27% due to the expansion of croplands. The global population increased by 111% during this time, but crop production increased by 162%. Globally, cereals and oilseeds have shown the greatest increase.

The intensification of crops has also had a positive effect on food prices, which fell by approximately 40% between 1965 and 2000. The downside is that due to the increased usage of chemical fertiliser that pollutes water, machinery that pollutes the air and land conversion that further contributes to greenhouse gas (GHG) emissions, the disadvantages of intensive agriculture might seem to outweigh its advantages.

However, research shows that GHG emissions would have been even higher if food production increased through extensification only. An additional area of cropland larger than Russia, would have been necessary to produce the same amount of food, not to mention increase yields. As a result, yield gains in agriculture since 1961 have in fact avoided the production of a large amount of emissions. Another study concludes that transitioning to organic production to move away from pollution caused by chemical fertilisers and agrochemicals, is not an option.

According to research conducted by Corteva Agriscience in the United States, the global crop area would also need to be increased if the volume of organic produce cultivated were to match the high volumes of food that is currently produced. This is because yields in organic production systems are much lower.

Instead, improvements in technology and management could translate into higher yields without higher water usage or pollution. For example, precision agriculture can lead to more efficient use of fertilisers, thus reducing the emissions and pollution associated with excess application.

China and the Netherlands are good examples of countries that have increased their vegetable production. Research has shown that China has not only expanded its planted area during the past two decades, but it also increased yields. In 1980 the total area planted to vegetables in China was 3 million ha, which yielded 80 million tons of vegetables. Compare this to the 15 million ha that yielded more than 400 million tons in 2000.

The Netherlands has proven that intensive vegetable production can be achieved with limited landmass. This country is the second-largest exporter of food when measured by value.

According to National Geographic, the country made a national commitment to produce twice as much food with half as many resources. Since 2000, farmers have reduced their dependence on inputs such as water and agrochemicals, with some farmers having reduced water usage by up to 90%.

The use of agrochemicals has almost been eliminated since most vegetables are produced in greenhouses. Greenhouses in the Netherlands can grow approximately 70kg tomatoes per square metre, which is at least ten times more than the average yield of open field production in countries that are well suited to growing tomatoes, such as Spain.

Intensive production in these greenhouses also uses eight times less water and almost no chemical pesticides. Globally, vegetable production in greenhouses has become popular. Rabobank estimates that the total global area of vegetables and herbs grown in permanent greenhouses and vertical farming concentrations, constitutes approximately 500 000ha. Some 40 000ha of this area is produced in glasshouses and the remainder in plastic greenhouses.

Producing fish in aquaculture systems offers a great alternative to fishing from the oceans. Aquaculture has also evolved from extensive to semi-intensive and intensive systems to produce more fish with fewer resources.

In extensive systems, hundreds of ponds constitute hundreds of hectares of pond surface and millions of cubic metres of water. Stocking density in these systems is very low. Approximately one ton of fish can be produced per hectare per year in 20 to 40m3 of water.

Compare this to the stocking density in intensive conditions, where 12 to 18kg of fish can be produced per cubic metre. This density could be increased to 50kg/m3 if the system is supported by oxygen. Such high yields are attained in intensive aquaculture because production does not depend on the availability of natural food sources and relies on commercial feed. All major environmental factors, such as water temperature, pH and salinity, are also controlled.

In extensive systems fish feed on plankton that grows naturally in ponds. Although fertilisers are added to stimulate plankton growth, the fish are not given supplementary feed. While this approach most closely resembles the way fish naturally reproduce and survive, it is not the most efficient use of resources. Too much depends on variable environmental factors such as water salinity, pH and temperature.

Semi-intensive aquaculture increases the production of fish in pond systems with supplementary feed that allows the fish to feed more than they would in the wild. However, the stocking density is lower than that of extensive systems. Approximately 1 to 5kg of fish can be produced per cubic metre, and an average of 5m3 of water is used per kilogram of fish.

It has been predicted that some countries will have a shortage of meat protein in future because the demand for protein increases together with the global population. An analysis of plant and animal protein levels by Gro Intelligence indicates that China will have a protein deficit of 300g per person per day by 2024.

Intensive poultry units are already commonplace and are especially prevalent near urban centres where most consumers are located. The FAO estimates that 70% of poultry meat is now produced in intensive systems. Monogastric species such as poultry and pigs can successfully be produced in intensive systems due to their high feed conversion ratios and short generation intervals.

Most intensive poultry meat production systems have their own hatcheries that produce day-old chicks and factories that manufacture feed.Broiler farms often have their own abattoirs for slaughtered chickens and cold rooms for storing carcasses. Egg production units usually include a factory that produces egg trays. This industry consolidates the value chain while maximising its resources by producing more protein in a smaller area.

Although allowing more space for each chicken could improve welfare, it also increases costs for farmers and therefore consumers. In the United Kingdom, for example, a decision was made to prevent farmers from producing broilers at the highest stocking densities. However, according to a 2017 study, the additional production costs were offset by consumers’ willingness to pay more for products with higher animal welfare standards. – Ursula Human, FarmBiz

For more information and references, send an email to the author at ursula@plaasmedia.co.za.