A key question that consistently arises amid the COVID-19 pandemic’s impact on the economy is its effect on employment. We believe there may be some resilience in the agricultural sector compared to other sectors of the economy.

First, the sector was largely operational even during the strict Level 5 lockdown, except for a few subsectors such as the wine, tobacco, wool and floriculture industries, amongst others. These subsectors subsequently opened with the move to Level 4 and 3, except for the tobacco industry – while harvest and fieldwork are permitted, sales remain prohibited.

Second, South Africa expects its second-largest grains harvest in the 2019/20 season, a harvest process that started recently. Also, there is an expectation of a record citrus harvest, general improvement in output in other fruit following drought years, and also a recovery in wine grapes output.

This means that there will generally be increased activity in the farming sector compared to the previous year. With that said, the social distancing regulations introduced at the end of March 2020 to prevent the spread of the coronavirus could mean that farmers and agribusiness might not increase employment, especially of seasonal labour, in the same way they would have done in the absence of a pandemic.

The impact of these dynamics, however, will only be reflected in the second quarter labour data, as well as the following quarters of the year.

Moreover, the horticulture and field crops sectors, which accounted for roughly a third of South Africa’s agriculture in the fourth quarter of 2019, are the ones that are set for a record harvest in some crops and general improvement in output in other crops and products. Hence, we are inclined to believe that the numbers due for release this week should show stable jobs in the agricultural sector.

With South African policymakers currently at a stage of drafting the post-COVID-19 recovery phase for agriculture and other sectors of the economy, the focus is also on the drive for economic growth and job creation. In addition to the factors highlighted in previous reports about agricultural development, growth and job creation in agriculture hinges on the level of investment in the sector, agricultural productivity, expansion of export markets, promotion of labour-intensive agriculture subsectors, investment in irrigation and an increase in the area farmed where possible.

Growing demand in the global market

The potential for the expansion in productive farmland lies in the underutilised land in the former homelands and underperforming land reform farms. By labour-intensive subsectors, we are specifically referring to the horticulture and field crop subsectors. The other subsector – livestock – can also be prioritised, specifically in areas where environmental factors do not permit horticulture and field crops.

This could all happen at a time where there is a growing demand for horticultural and protein-rich diets in the global market, which is underpinned by the changing consumer patterns towards high protein and healthier diets.

The provinces containing former homelands that still have tracts of underutilised, arable land that can be prioritised for agricultural expansion are KwaZulu-Natal, the Eastern Cape and Limpopo. These provinces collectively have between 1,6 million and 1,8 million hectares of underutilised land.

As we have previously highlighted, the focus for provinces that already have extensive farming could be on increasing productivity on restituted and redistributed farms and ensuring that there are export markets for products being produced. South Africa has already advanced to this end, as nearly half of the domestic agricultural products, in value terms, are exported.

This export drive as part of the post-COVID-19 recovery phase should include a focus on ensuring that port infrastructure is up to date and efficient – an issue that has proven to be a challenge in the recent past, particularly in 2019, with further glitches during the pandemic. This is an area that the government infrastructure investment drive could also focus on.

In a nutshell, we expect the agricultural sector to show some level of resilience from a jobs perspective this year as the expected large output will mean labour will be required in the fields. Those that typically participate in the sector in the form of seasonal labour will, however, be affected by social distancing and other health regulations. This is a component of the labour market that could lead to an overall decline in agriculture employment this year compared to last year. That said, the share of the decline could be negligible relative to other sectors of the economy. – Wandile Sihlobo, Agbiz 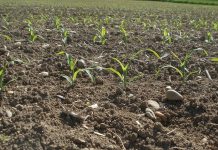 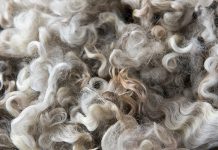 La Niña might put some maize and soya bean crops at...