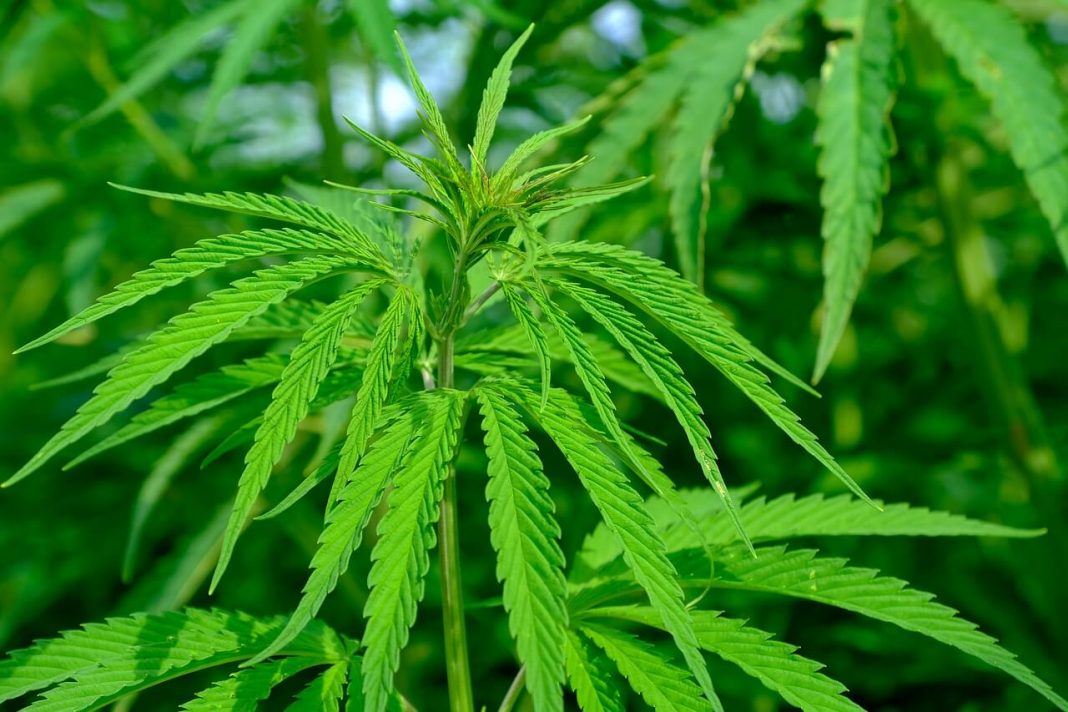 This in-depth article was originally published on Interesting Engineering. Click here to read the original article.

Despite a global prohibition still largely restricting the cultivation of cannabis, some scientists are still revolutionising industries through engineering hemp buildings, supercapacitors, and more.

Preceding the 1900s, cannabis was one of the most significant crops for mankind. It was only in the past century when men forbid its cultivation that cannabis production ground to a halt.

Cannabis consists of a plant family

The plant is deeply rooted in humanity’s history and was likely the earliest cultivated plant. Despite many countries’ recent regressions revoking the laws which made cannabis illegal in the first place, it is largely recognised as a plant that has no other purpose other than ‘getting people high’.

However, cannabis is not a sole entity. It is part of a family of plants consisting of sativas, indicas, and ruderalis. Cannabis sativa and indica plants are renowned for their psychoactive effects, but there is a variety of Cannabis sativa which is grown specifically for its derived products.

The plant in question, otherwise known as hemp – or industrial hemp – is the seed or fibrous part of Cannabis sativa, whereas the flower of the plant is legally regarded as marijuana. Unlike marijuana, hemp does not possess a significant amount of psychoactive chemicals and as such cannot be used to get ‘high’.

Hemp has been cultivated for thousands of years and has been extensively used in the fabrication of paper, rope, cloth, and medicine. It has played an integral role in the progression of humanity, but despite its practical applications, hemp continues to be prohibited throughout most of the modern world.

“Archaeologists found a remnant of hemp cloth in ancient Mesopotamia (currently Iran and Iraq), which dates back to 8 000 BC. Hemp is also believed to be the oldest example of human industry. In the Lu Shi, a Chinese work of the Sung dynasty (500 AD), we find reference to the emperor Shen Nung (28th century BC) who taught his people to cultivate hemp for cloth. It is believed that hemp made it to Europe during approximately 1 200 BC. From there, it spread throughout the ancient world,” claims a report by MIT.

Then, in the 19th century, the plant was unprecedentedly banned in a worldwide prohibition which drove the cultivation of cannabis far from the public’s eye.

However, in light of recent progression revising the laws regarding cannabis cultivation, and specifically the cultivation of hemp, the industry is slowly returning, and with it, modern advancements in new hemp materials.

The modern era of cannabis cultivation has led to the invention of far more uses of the industrious plant. Recent cannabis-related innovations include the production of hempcrete – a cannabis-derived form of concrete, hemp-based supercapacitors, hemp biofuel, and more.

Over the last few decades, the building industry has remained relatively unchanged. Most companies opt to construct new buildings from old materials, such as wood and concrete, and both come with serious environmental and/or health impacts. Furthermore, with rising energy rates and increasingly strict regulations mandating the reduction of energy consumption in modern buildings, companies are being forced to use more insulation, thus driving up construction costs.

The issue is growing more dire, but the solution may come in the form of hempcrete.

It is astonishing to consider that hemp was and still is a strictly controlled substance. But despite hemp’s legal ramifications, it is becoming an increasingly sought-after construction material. Mixed with a concoction of lime and water, hemp can be transformed into an incredibly strong material ideal for construction – called hempcrete.

The material is considered to be carbon negative, meaning its construction consumes more carbon than it produces. Its carbon footprint is incredibly low, and even negative, as carbon is literally locked away inside the material.

Hempcrete is also more energy efficient, is fire resistant, requires minimal maintenance, and can be expected to last hundreds of years. Used in construction, hempcrete could significantly reduce the carbon footprint of the construction industry – one of the largest contributors of carbon dioxide. If completely legalised, hempcrete could also be more cost-effective than traditional building materials.

Yet it is not the only hemp-based product improving modern life.

Many may know of hemp’s use as a building material or medicine, but seldom know it can be used as a supercapacitor. A capacitor is a device used to store electric charge on one or more pairs of conductors separated by an insulator.

Batteries have phenomenal energy densities, but they operate more efficiently when power is drawn slowly and in a controlled manner. Capacitors are often used to assist batteries for power-intensive operations, such as starting or accelerating a car. Effectively, batteries are used to store tons of energy, where capacitors are used to deliver energy with short bursts of high power.

Capacitors reduce the strain of high power demands on batteries, improving its useful lifespan. Capacitors are also phenomenal in recapturing most of the energy from regenerative braking, since they can quickly absorb all the energy produced in a short amount of time – a major issue batteries suffer from.

The power a capacitor can hold directly depends on the material from which it is made. Materials with extremely high conductivities typically fare better as electrodes on capacitors. Higher conductivity means more electrons can share a given area, inherently improving its charge density.

Naturally, graphene is undergoing extensive research regarding capacitors. It can hold an impressive amount of electrons and can discharge practically instantly, providing power as quickly as it is needed. However, graphene batteries are absurdly expensive, and hemp-based capacitors are proving to be a viable alternative.

“A supercapacitor is a common tool for storing electrical energy. Graphene, a one-atom-thick version of common graphite and carbon nanomaterial, is a supercapacitor with conductivity achieving a far greater energy density. However, it’s expensive to produce at $2 000/gram. The cost to manufacture hemp’s supercapacitor version is $5 000/ton. Hemp allows the possibility for these technological advancements to be realised. High-performance hemp-based supercapacitors will transform the way mankind relates to energy,” according to Titan Hemp, a company centered around hemp products.

“Our device’s electrochemical performance is on par with or better than graphene-based devices,” says David Mitlin, one of the key researchers of hemp-based capacitors. “The key advantage is our electrodes, which are made from bio-waste using a simple process. They are therefore much cheaper than graphene.”

Hemp is a likely candidate to assist the production of capacitors for electric vehicles and other industrial applications. However, its practicalities are also of use in petrol vehicles.

Using vegetable oils as an engine fuel alternative is a concept that dates back to 1895 when Dr Rudolf Diesel developed the first diesel engine to run on vegetable oil. Yet hemp seeds can also be transformed into a biofuel.

When the global prohibition of cannabis is over, the cultivation of industrial hemp will undoubtedly spark a massive influx of hemp seeds. As previously mentioned, the stalks can be used to fabricate traditional materials, such as paper, rope, and other fabrics, and the seeds can be transformed into a carbon-neutral fuel.

According to hemp.com: “Biodiesel is the only alternative fuel that runs in any conventional, unmodified diesel engine. It can be stored anywhere that petroleum diesel fuel is stored. Biodiesel is safe to handle and transport because it is as biodegradable as sugar, ten times less toxic than table salt, and has a high flashpoint of about 300F compared to petroleum diesel fuel, which has a flash point of 125F.”

There are quite literally dozens of applications of hemp – far too many to include in one report. However, it should be mentioned that hemp can also be transformed into a biodegradable plastic. Its applications are seemingly endless, and it is the global prohibition of cannabis that is preventing hemp from changing the world.

Hemp engineering has come a long way, and many hemp materials have already been created with proven capabilities. The only thing now is to revoke the laws which banned it in the first place.

In the words of Bruce Perlowin, CEO of Hemp, Inc: “Now that more people are aware of the benefits of hemp and more states are finding the economic benefits of hemp appealing, hemp has become quite the sought-after resource. Until the federal ban is lifted, we all have to continue to educate the public on hemp and its benefits.”

Unbanning cannabis is a daunting challenge. Yet its uses will not be shrouded forever – hemp engineering is already well underway and there is little anyone can do to prevent it. – Maverick Baker, Interesting Engineering

Police and farming sector work together to ensure rural safety