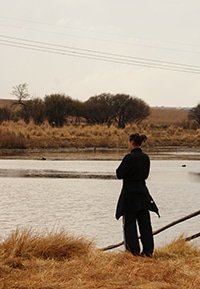 I am writing this article amid the Covid-19 lockdown. Considering that tourism, in the traditional sense of the word, has been forced to a halt, the topic seems a little strange – South Africans are not allowed to travel outside of the municipal area in which they reside or cross provincial boundaries. Airports have turned into ghost towns. Still, one hopes that business will return to normal sooner rather than later.

Statistics South Africa, in their 2018 Tourism Report, calculated that approximately 15,94 million foreigners crossed South African borders. This number includes people who arrived by air, road and sea. The number of foreign travellers who arrived in South Africa has more than doubled since the numbers recorded in 2004 (6,82 million), indicating a healthy growth in tourism and traveller activity during this time.

During this same period, the number of South Africans who have travelled to other countries also experienced staggering growth, from 429 000 departures in 2004 to 11,95 million departures in 2018.

Almost 95% of foreign visitors enter the country for holiday purposes. The greatest share of tourists reside in African countries (74,4%), with Southern African Development Community (SADC) countries being the main countries of residence for tourists (72,7%). The remaining share of approximately 2,67 million tourists comprise visitors from overseas.

A simple definition of agritourism is that it is an evolving form of rural tourism targeted mainly at urban consumers. Agritourism can be divided into five categories:

Some of the strengths of tourism in South Africa, as identified by the Department of Tourism, are the country’s wide variety of wildlife, including the Big Five. South Africa also produces world-renowned wines and has world-class restaurants. In addition, the weaker rand makes South Africa an affordable destination, while the diverse landscapes, terrains and climate of our country make it suitable for many outdoor activities and adventure tourism.

Some of the weaknesses identified include that travel to South Africa can be expensive. As a holiday destination, it is also quite far for American and European tourists. Of course, the high crime rate causes major safety and security issues for tourists and, while public transport has improved in recent years, it is still not widely available.

Farmers who are considering adding agritourism to their farming operations can expect several advantages, as agritourism will diversify their current operations, thereby spreading risk over a larger number of enterprises. This could help improve the survival rate of operations during hardship, such as a drought.

The remoteness of farms could count as an advantage for those guests looking to get away from everything for a while – even if there is no electricity and guests have to heat their own water in a ‘donkey’. Consumers are increasingly looking for unique experiences and this could, as such, be in high demand in the appropriate market.

This added income-generating activity will further assist in using available land and resources optimally. Besides the direct financial advantage that agritourism can offer farmers, it will also lead to more jobs being created and more money being spent in the local community. This is possibly one of the greatest advantages for rural areas that are experiencing the effects of urbanisation.

Perhaps one of the biggest considerations of branching out into agritourism, is the cost involved to accommodate guests on farms. Money could be saved if, for instance, an old farmhouse that is not being used can be converted into a self-catering unit.

Besides the financial cost, farmers must also decide whether they are willing to see and accommodate unfamiliar people on their land and to what extent they are comfortable in allowing guests to interact in the current farming operations.

Marketing is another cost that should be kept in mind. The three most important forms of marketing identified to promote agritourism are websites, word of mouth and social media.

As our country is expected to see further urbanisation in the years to come, we can expect the demand for agritourism activities and facilities to increase. Urban dwellers will want to enhance their knowledge of agricultural production in order to understand where their food comes from and how it was made. Some may also want to participate in farming activities. – Dr WA Lombard, Department of Agricultural Economics, University of the Free State, FarmBiz

For more information or references, contact the author at email LombardWA@ufs.ac.za.