Home Magazines The role of organic matter in soil 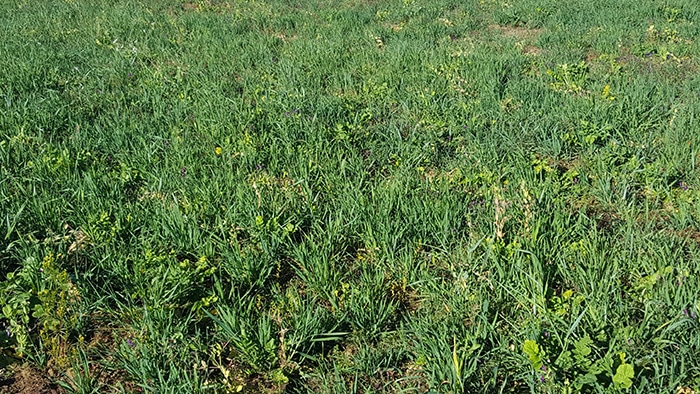 Of all the components of soil, organic matter is probably the most important and most misunderstood. Organic matter serves as a reservoir of nutrients and water in the soil, aids in reducing compaction and surface crusting, and increases water infiltration into the soil. Yet it is often ignored and neglected.

Let’s examine the contributions of soil organic matter and talk about how to maintain or increase it.

What is organic matter?

Organic matter is stable in the soil; it has been decomposed until it is resistant to further decomposition. Usually, only around 5% of it mineralises yearly. That rate increases if temperature, oxygen, and moisture conditions become favourable for decomposition, which often occurs with excessive tillage. It is the stable organic matter that is analysed in the soil test.

Amount of organic matter in soil

In soils that formed under prairie vegetation (natural veld – ed), organic matter levels are generally comparatively high because organic material was supplied from both the top growth and the roots. We do not usually think of roots as supplying organic material, but a study in the Upper Great Plains of the United States (US) showed that mixed prairie (veld – ed) had an above-ground (shoot) yield of 1,4 tons of organic material per acre, while the root yield was around four tons per acre. The plants were producing roots that were more than twice the weight of the shoots.

Soils that have developed under forest vegetation usually have comparably low organic matter levels. There are at least two reasons for this:

Nutrient supply: Organic matter is a reservoir of nutrients that can be released to the soil. Each percent of organic matter in the soil releases 20 to 30 pounds (9 to 13,6kg) of nitrogen, 4,5 to 6,6 pounds (2,04 to 2,99kg) of P2O5, and 2 to 3 pounds (0,9 to 1,36kg) of sulphur per year. Nutrient release occurs predominantly in the spring and summer, so summer crops benefit more from organic matter mineralisation than winter crops.

Water-holding capacity: Organic matter behaves somewhat like a sponge, with the ability to absorb and hold up to 90% of its weight in water. A great advantage of the water-holding capacity of organic matter is that the matter will release most of the water it absorbs to plants. In contrast, clay holds great quantities of water, but much of it is unavailable to plants.

Erosion prevention: This property of organic matter is not widely known. Data used in the universal soil loss equation indicate that increasing soil organic matter from 1 to 3% can reduce erosion by 20 to 33% because of increased water infiltration and stable soil aggregate formation caused by organic matter.

Building soil organic matter is a long-term process but can be beneficial. Here are a few ways to do it.

Reduce or eliminate tillage: Tillage improves the aeration of the soil and causes a flush of microbial action that speeds up the decomposition of organic matter. Tillage also often increases erosion. No-till practices can help build organic matter.

Soil-test and fertilise properly: You may not have considered this. Proper fertilisation encourages growth of plants, which increases root growth. Increased root growth can help build or maintain soil organic matter, even if much of the top growth is removed.

A good supply of soil organic matter is beneficial in crop or forage production. Consider the benefits of this valuable resource and how you can manage your operation to build, or at least maintain, the organic matter in your soil. – Eddie Funderburg, Ed.D., senior soils and crops consultant, Noble Research Institute

The Noble Research Institute in Ardmore, Oklahoma, US, focuses on research that will help farmers and ranchers improve land stewardship and productivity regionally, nationally and internationally. References available from the author at erfunderburg@noble.org.