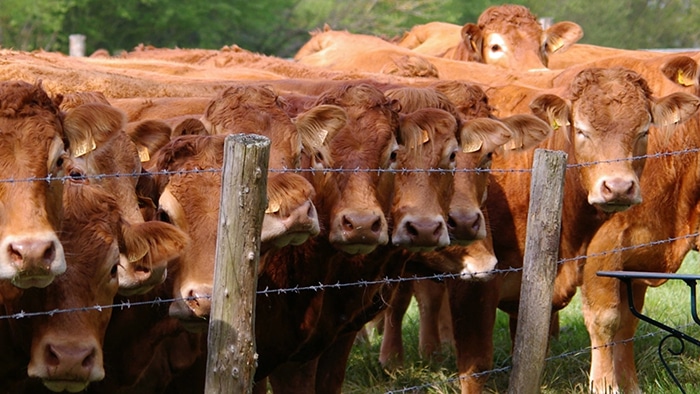 Since our country partakes in imports and exports, South African livestock producers must be benchmarked with producers in other countries to determine how competitive they are.

The price of commodities is significant in terms of trade as it determines whether there is scope for both imports and exports. When comparing the price of weaned lambs to the benchmarks of other countries (Figure 1), it becomes clear that the South African weaned lamb price is low.

In terms of weaned calf prices (Figure 2), the situation is somewhat better than in the case of weaned lambs. Although there are undoubtedly many countries with higher prices for weaned lambs, there are more countries whose prices are on par with or even lower than that of South Africa.

In terms of productivity South Africa does not reach the benchmark its peers set in terms of lamb losses (Figure 3) and number of lambs weaned (Figure 4). South Africa has some of the highest lamb losses compared to other countries (Figure 3), while the number of lambs weaned per 100 ewes is among the lowest (Figure 4). Interestingly, although productivity in South Africa is lower than that of countries such as Australia and Namibia, our prices are on par with these countries, resulting in lower profitability, lower revenue and higher costs.

As in the case of prices, the cattle industry sketches a better scenario than the sheep industry when it comes to productivity. The number of calves weaned per 100 cows (Figure 5) in South Africa compares well to the benchmark of other countries and is, in fact, higher in many comparisons. Moreover, the fact that the benchmarking of cattle productivity compares much better than that of sheep, also emphasises the fact that predation and livestock theft are taking their toll on sheep producers.

Although profitability is a function of output prices and productivity, it must be remembered that costs should also be deducted. The benchmark of total costs (cash cost and depreciation) of the different countries in Figure 8 reveals that South Africa’s costs are among the lowest. When compared to a country such as the United States (US), the cost in South Africa is approximately half of that in the US. Although the weaned calf prices and productivity levels of the US are higher, the profitability is lower due to the high cost structures.

Have you ever caught yourself thinking that the grass looks greener on the other side? Have you ever dreamt of farming in Australia, the US or Canada if you could afford to buy land there? Although some elements in other countries may be more favourable, the benchmarks of international farms shows that the grass is not always greener.

This article highlighted only a few factors that should be considered before deciding whether your livestock enterprise in South Africa is better or worse off than those in other countries. When prices, productivity, cost and profitability are compared, it is evident that South African producers are mostly on par with other countries.

Although many other countries face the same challenges we do, they also have other unique situations to deal with. While South African producers face challenges such as livestock theft and predation, producers in other countries are faced with issues such as having to house their animals indoors for four to six months of the year. – Dr Frikkie Maré, Department of Agricultural Economics, UFS