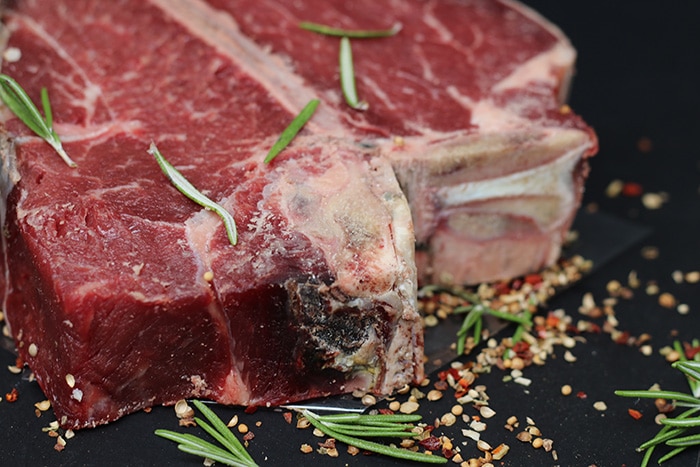 In the first part of this series we looked at the supply of sheep and cattle in South Africa and concluded that it decreased over time. However, looking only at the supply side is not enough to assess the current market situation. In this article, we focus on the demand for sheep meat (mutton and lamb) and beef.

Per capita consumption of beef decreased from 22,81kg in the 1980s to 12,69kg in 2000. Thereafter, it started to increase again, reaching 17,42kg in 2019. Thus, beef consumption did not decrease as drastically as sheep meat. Figure 1 clearly shows how poultry consumption in South Africa increased over the same period, substituting the consumption of sheep meat, beef and pork.

Nevertheless, during the same time, the South African population doubled from approximately 30 million people in 1980 to the current 60 million people. When the decrease in per capita consumption and the increase in the population are not considered, it comes down to an almost constant total domestic demand for sheep meat over the past 40 years, while beef consumption increased.

Various factors can cause the per capita consumption of a certain food product to increase or decrease. Consumer purchasing behaviour, for example, can change because of changes in disposable income and consumption patterns, or demographic and geographic changes. Without going into too much detail, I will focus on the economic situation, which is a good indicator of disposable income.

If more final goods and services are produced it means that the economy is growing and employment opportunities are created. As a result, people have more disposable income to spend on luxury products such as red meat.

South Africa’s economic growth has hardly been noteworthy since 2016. While economic growth of at least 3% is desired, the country could not achieve this figure once between 2016 and 2020. The lockdown situation due to COVID-19 hit the country hard, and the economy contracted by 17,1% year-on-year in the second quarter of 2020.

Inflation shows how much prices increase year on year. Higher inflation indicates a strong demand for goods and services, which drives prices higher. Conversely, weak demand causes prices to decrease. It is clear from Figure 3 that the linear trend of inflation has been negative since 2016 and we are currently just above the minimum benchmark of 3% set by the Monetary Policy Committee.

The per capita consumption of beef and sheep meat might have decreased over time because of the struggling economy and associated lower disposable income levels. Another reason could be a lower demand for more expensive red meat products such as beef and sheep meat. This is also evident in the increased demand for cheaper protein, such as poultry.

In Part 3 of this series of articles, we will be looking into indicators and prices trends of mutton and lamb. – Dr Frikkie Maré, Department of Agricultural Economics, University of the Free State