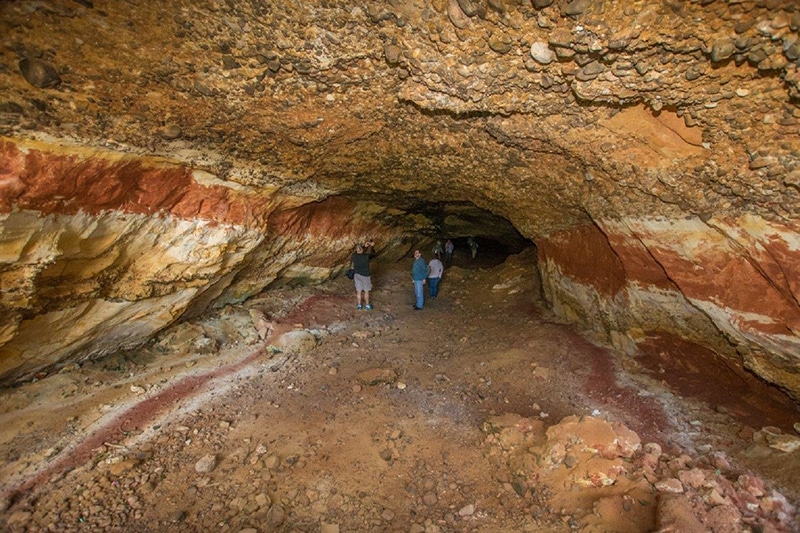 South Africa’s first irrigation system can be traced to the Eastern Cape or, to be more specific, the Gamtoos Valley, which is home to the Loerie, Hankey and Patensie villages.

The Kouga Dam, which was constructed between 1957 and 1969 and completed in 1970, supplies irrigation water to the Kouga and Gamtoos Valleys, as well as drinking water to the Port Elizabeth Metropolitan Municipality.

FarmBiz spoke to Kobus Kok, an independent tour guide and member of Gamtoos Tourism, at the Philip’s Tunnel site, which was declared a historical monument in 1963.

The Gamtoos Valley was originally home to the Khoi people, followed by the Trek Boers in the 1700s and British settlers in the 1800s.

Dr John Philip headed the London Missionary Society (LMS) in South Africa and started Hankey with the purpose of growing maize for the main LMS station at Bethelsdorp, as well as to carry out evangelistic work.

The first irrigation scheme on the Klein River was implemented long before there was any talk of building a tunnel through a mountain. It was done by a contractor known as James Wait, who wanted to convey water to the land below the current railway line in Hankey. He employed 50 men and started the work in 1829. The result was a 5,6km irrigation canal from the Klein River which, a year later, would convey water to Hankey and the 162ha of agricultural land below the current railway line.

While the irrigation furrows were a great piece of work, Dr Philip’s son, William, who was an engineer, surveyor and supervisor, had a better idea.

Kobus says William Philip put two and two together after having seen the gap in the mountain near Hankey and between the farms Venterhoek and Backhouse. “Legend has it that William thought it was possible to successfully construct a tunnel through the mountain directly below what is known today as the ‘mountain window’. The purpose of the tunnel would be to transfer irrigation water from the Gamtoos River to the fertile agricultural soil opposite the ridge where the Klein River starts turning northwards.”

Construction of the tunnel began in April 1843; Khoi helpers assisted by cutting through the narrowest strip of the mountain between the two farms. “It was a huge undertaking and progress was slow because they used pickaxes, hammers, chisels and such,” says Kobus.

“The tunnel was dug from opposite ends with the aim to meet somewhere in the middle. One of the workers, Jan Bosnian, pierced the wall from the river’s end with his pick – legend has it that he was so excited, that he ran back along the tunnel and across the ridge to Hankey to break the good news to William.”

Once completed, the tunnel was 228m long and ran through a 90m high ridge – a magnificent piece of work with only a 10 to 12cm error margin where the two sides met; far more accurate than William had anticipated.

Unfortunately, tragedy struck when William, who was 31 at the time, and his twelve-year old nephew, Johnny Fairbairn junior, tragically drowned while they were crossing the Gamtoos River on the day of the inauguration of the tunnel in 1845.

The LMS erected the Milton Water Mill in 1850, driven by the overflow from Philip’s irrigation tunnel. An area of approximately 301ha was irrigated – the land was owned by 45 irrigators and the average size of each holding was around 7ha.

In 1932 flooding caused so much damage to the mill that it was abandoned and today only the foundations remain.

FarmBiz learned more about the area’s irrigation from the CEO of the Gamtoos Irrigation Board (GIB), Reinette Colesky.

The board was established in 1991 under the Water Act of 1956, with the primary objective of distributing raw water from the Kouga Dam to agricultural water users in the Gamtoos Valley and two municipalities (Nelson Mandela Municipality through the Loerie Dam, and Kouga Municipality at the towns of Hankey and Patensie).

The dam also supplies the purification works of Port Elizabeth Municipality at the Loerie Dam site by means of an outlet control tower and tunnel.

Reinette believes that water security is integral to their business and that the natural resources management programmes they manage make a vital contribution to their core objective. “Membership of the board is tied to the water rights of landowners. As an entity we aim to be representative of our communities. One of our main objectives is to promote from within and train employees within the organisation.