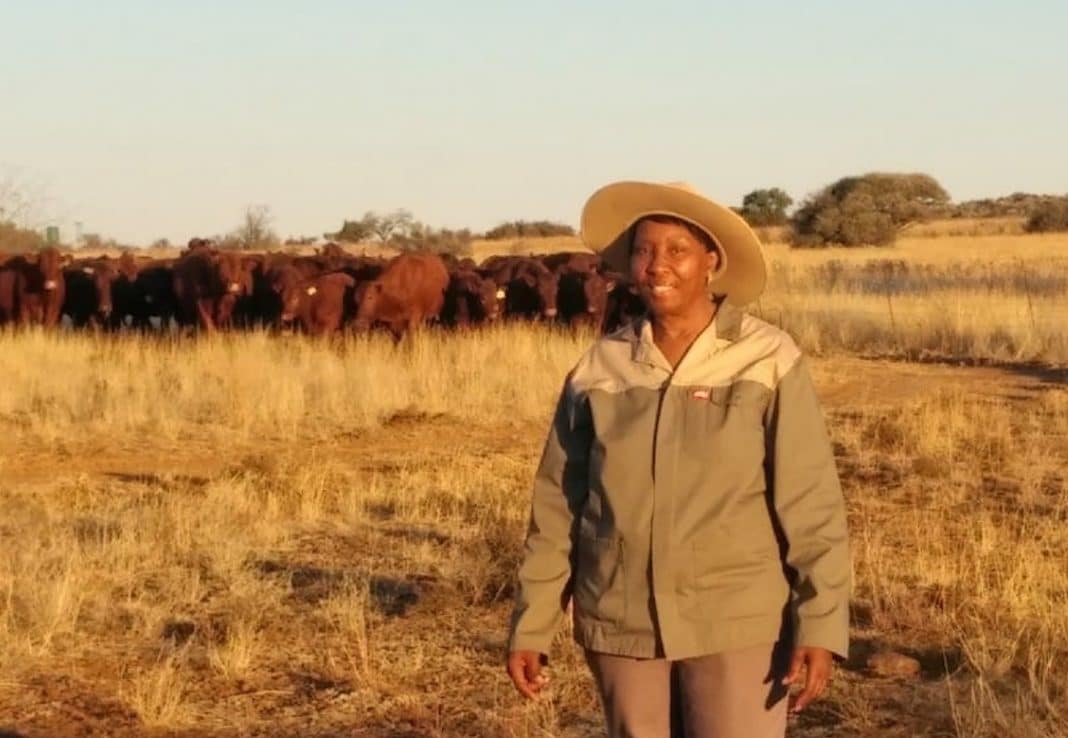 When the Sernick Group first started its Emerging Farmers Programme in 2016, it was in the hope that it would aid and empower people such as Palesa Moahloli to succeed and give hope to other emerging farmers. Moahloli was recently announced as the Free State Female Entrepreneur of 2018 in the Department of Agriculture, Forestry and Fisheries’ 2018 Female Entrepreneur Awards competition. “I am very humbled to be awarded this title. I hope it serves as a testament to my hard work and shows other emerging farmers that perseverance and continued hard work pays off. I hope to be a role model by encouraging others who are doubtful about farming and make a contribution to our economy,” she said about her new title.

Palesa grew up in Welkom and attained her university degree in accounting at the National University of Lesotho in 1979. After university she worked in Qwaqwa, Thaba-Nchu and finally Bloemfontein where she served as manager of arts and culture for the Department of Sports, Arts and Culture at the Free State provincial government. After retirement, Palesa acquired a farm through the Department of Rural Development and Land Reform’s Proactive Land Acquisition Strategy (PLAS). The farm is located near Boshof in the Lejwelleputswa district, in the Free State. Here she farms with Brangus and Bonsmara cattle and recently added a piggery to diversify her farm.

Moahloli joined the Sernick Emerging Farmers Programme in March 2018 through an invitation sent out by Sernick to all emerging farmers. In June she was selected to join the Tier 2 group and invited to complete the level 4 national qualification framework in animal production. “The Sernick Emerging Farmers Programme has given me the platform to gain first-hand knowledge in the cattle industry and the opportunity to network with other emerging farmers,” she says.

Farming might seem like an unlikely job for a woman but an increasing number of South African females are choosing to apply their skills to the agricultural sector with great success. According to the recently released Statistics South Africa report, women make up 51% of the country’s population. And given that the agricultural sector will also play a key role in job creation and food security in the years to come, it is a group that cannot be marginalised. Moahloli is enthusiastic about her own role as an emerging farmer in South Africa: “What I enjoy most about farming is knowing that I’m helping to feed my country by contributing to the beef and pork value chain as a role-player in food security, poverty alleviation, job creation and economic growth in the sector.”

When asked what’s next for the 2018 Free State Female Entrepreneur, she replied: “In the next few years I hope to fully participate in the beef and pork industry and expand into a fully commercial farm. It’s not only about expanding but also about leaving a legacy by passing on my knowledge to the younger generation.”

“The project is a game changer in the way farmers, who are probably operating at the margins, will be integrated into Sernick’s value chain. The benefits to the farmers range from assistance with developing capacity to breed quality cattle to improved farm infrastructure,” says Najwah Allie-Edries, head of the Jobs Fund. – Press release