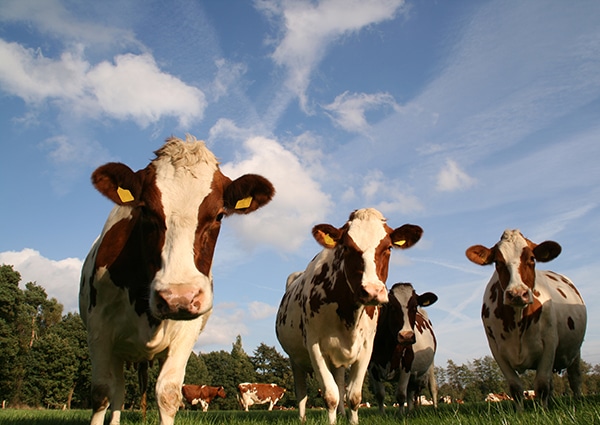 One of the biggest problems facing the South African cattle producer is tick infestation. Various tick species in South Africa infest cattle. Of these, the brown-ear, bont and bont-legged ticks are the most prominent.

The negative impact of tick infestation includes skin irritation and damage. They cause blood and nutrient loss, resulting in sub-optimal production that manifests as poor growth and reproduction. Furthermore, ticks are vectors for diseases such as redwater, heartwater and anaplasmosis, which cost the cattle industry millions of rand.

In addition, pest control is another cost cattle producers incur to ensure optimal production and reproduction. Tick control contributes substantially to this expenditure because ticks also flourish under the same conditions as cattle do – good grazing, adequate rainfall and moderate temperature.

Tick control is worth your while

Throughout the ages controlling internal and external parasites has been a challenge for the cattle producer. Consequently, many different strategies have been implemented to combat the problem, with chemicals playing a crucial role in tick control.

Cattle producers will benefit from re-evaluating their tick control programme at the beginning of the wet season. Producers should consider the type of ticks present and determine when the tick burden is highest. Moreover, timing plays a crucial role. Producers should also make decisions based on the peak period for the transmission of tick-transmitted diseases, the most suitable time for carrying out preventative (strategic) treatment and whether remedies being used are still effective.

Tick resistance against other remedies

Although chemical remedies play a pivotal role in tick control, resistance against older remedies has been increasing over the past few decades. Resistance in especially blue ticks has been documented frequently.

In fact, tick resistance against chemical groups such as amidines, organophosphates and pyrethroids has been confirmed. Cattle producers commonly use products containing these chemicals.

Let Topline Pour-on do the work

The good news is that Boehringer Ingelheim’s Topline Pour-on contains a newer-generation active component called fipronil, which belongs to the phenylpyrazole group of chemicals. This makes Topline Pour-on suitable for use on its own or in conjunction with older remedies in a tick control programme. Fipronil is a proven external parasiticide that has been used in commercial products on various animal species in several countries under various conditions for the past 20 years.

Topline Pour-on is a ready-to-use topical product containing 1% fipronil, effective against all types of ticks. Fipronil is unique because it is highly fat soluble and concentrates in the oil layer of the skin, forming a depot that results in a long-acting effect. Topline Pour-on’s formulation also contains a specific plant oil to ensure its fat solubility and long-acting efficacy.

This fat-soluble formulation of Topline Pour-on has the further advantage of water tolerance. This characteristic enhances its stability in the oily layer of the skin and coat, which means that it can withstand rain exposure, provided the product has a day to distribute over the body.

When a tick climbs onto an animal treated with Topline Pour-on, the tick comes into contact with the fipronil in the skin’s oil, which it then absorbs to lethal effect. Fipronil blocks certain regulating receptors in the parasite’s nervous system, which leads to overstimulation. As a result the tick dies of energy depletion. This hyperstimulation is often observed as ticks that wander over the animal’s skin before they drop off and die.

Topline Pour-on is applied at a rate of 1mℓ/10kg (do not underdose) along the backline of the animal and is effective in controlling blue, brown ear, red-legged, bont, and bont-legged ticks, as well as biting and sucking lice, and horn flies. Topline Pour-on has a long-acting effect against ticks for up to six weeks and against lice and horn flies for up to four weeks. Published research on Topline Pour-on also indicates that it has a negative effect on the female tick’s ability to reproduce. Therefore, it can reduce the tick population in the environment.

Topline Pour-on is an invaluable addition to the range of products cattle producers have at their disposal to combat ticks. It is available as a five-litre container and the required application equipment is available from veterinarians and animal health outlets. – Dr Hein Hesse, regulatory and technical manager, Boehringer Ingelheim