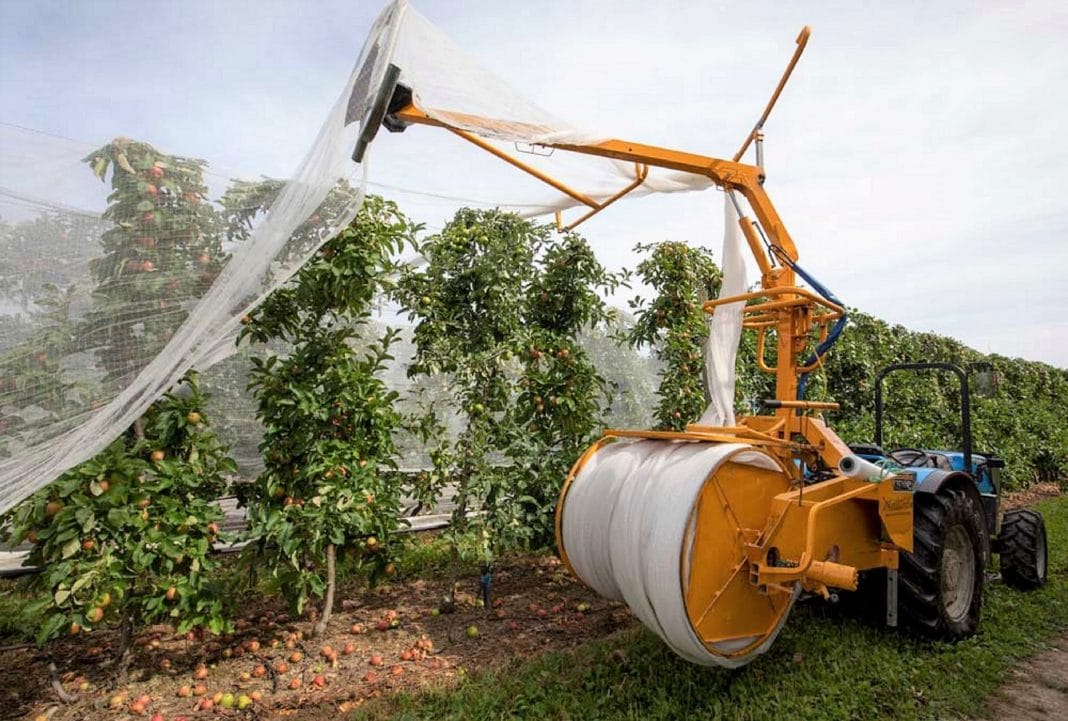 Hydroponics is a cultivation method in which plant roots are suspended in oxygenated water instead of in soil. The hydroponic system works in a controlled environment, inside greenhouse type structures. It is capital intensive and requires diligent, systematic management.

Wayne Futter and Maverick McMaster have been mentored on hydroponics at Wilderness Nursery, Hagenheim Farm and Elands Nursery near Port Elizabeth.

Wayne says the changing climate and increased pressure on resources make it vital to act consciously to reduce our environmental impact. At Hagenheim Farm and Wilderness Nursery, hydroponics, drip irrigation and micro-irrigation systems are used to conserve water.

Water conservation includes taking care of the groundwater resource as overuse of groundwater will draw down the aquifer or make the water too saline to use for irrigation. “We can no longer rely entirely on surface water as generations before us have done. It is vital to reduce resource consumption by looking at alternative production methods.”

The primary advantage of hydroponics is that it uses so little water. “The nutrients and the oxygen needed for plant growth are controlled in the water. All the water not taken up by the plant filters back into the system and is recycled. The only real loss comes from evaporation, which accounts for approximately 10% of the water used,” explains Wayne.

Wayne says they use all three methods to get the right balance, and to attain optimal production with the greatest yields in the shortest time. “First, we use hydroponics with fertilised water and rooting hormones at the right pH for whatever we are growing at the time. A filtration system oxygenates the water.

“To avoid massive start-up costs and to optimise profit, we move our plants to micro-irrigation in a controlled greenhouse environment at the vegetative stage. If we are planting trees, we skip micro irrigation and go straight to drip irrigation,” says Wayne.

A hydroponic unit needs a water filtration system, slow release nutrients and a pH kit to test and adjust the water’s pH. “You also need ventilation, adequate light and warmth. The best place to put a system would be inside, where it is easy to install ventilation and the right lighting. When it comes to lights, full spectrum lighting is the clear winner.”

Wayne and Maverick advise prospective producers to consider all the options. They urge growers and nursery owners to investigate hydroponics as an alternative. “Although there is a start-up cost, it is well worth it in the long run,” says Wayne. “You will optimise yield while improving your margins and saving the environment.”

In a comparative study, Dr Johnny van der Merwe of the North West University’s Potchefstroom campus, recently looked at the quality and yield of hydroponic greenhouse vegetable production and open field production. In addition to the expected income from different systems (Table 1), he found the following advantages:

He adds that greenhouse planning should take expansion into account, with space for additional greenhouses, storage, cold rooms and seedling production units, and that the area selected should have a high percentage of sunlight during winter days.

Although open field production is less capital intensive with lower operating expenditure, tunnel production means the grower can shift the harvest period to a ‘higher price’ period and exercise some control over the elements and diseases. “My recommendation would be to prioritise hydroponic vegetable production,” Dr van der Merwe says.

Bokkie Kritzinger, who grows apples and pears on Tulpieskraal in the Langkloof, uses netting to protect his crop from hail and sunburn damage. He started using permanent, solid structure netting in 2008. “This is white netting that provides 20% shade and we use it in orchards where the fruit must colour. Our class 1 Fuji apples have improved by 16% since we started using the nets,” says Bokkie.

Last year, Tulpieskraal introduced black and white drape netting, which is loosely drawn over the trees just after pollination and removed after harvesting. “We use the black drape netting on all our cultivars that stay green and we’ve seen an improvement of 23% on our class 1 Granny Smith apples.”

Nets have given Bokkie an overall improvement of between 16 and 20% on sun damage. He says both types of nets provide 100% protection against hail damage. “The black drape netting on green cultivars pays for itself in two years, and that’s only taking into consideration the improvement on our class 1 cultivars. Thanks to the nets, we use at least 15% less water in our orchards.”

Joubert & Sons is a citrus farming operation in Schoemanskloof, Mpumalanga, which has covered orchards with nets, mainly because hailstorms in the area are becoming more frequent. General manager Lionel Eva says they had a severe hailstorm on 22 December last year, in which they lost as much as 60% of the crop and some of the netting.

“The nets are expensive, but the returns in terms of reduced tree damage make it absolutely worth it,” he says. “The netting has a guaranteed lifespan of eight years, but we know it can hold up for 14 to 15 years.”

Lionel says there is shift from using wooden poles to using galvanised poles, which can be removed and re-erected. “The wooden poles limit us to a maximum height of about 4 to 5m, but the galvanised poles can go up to 6m. This allows hailstones to roll into the middle of the netting and fall through, instead of creating hail pockets, which can break the netting and fall onto the trees,” Lionel explains. – Carin Venter, FarmBiz

The importance of soil sampling

Getting the most out of agricultural insurance

The bottom line of healthy soil: Sustaining a habitable life on...