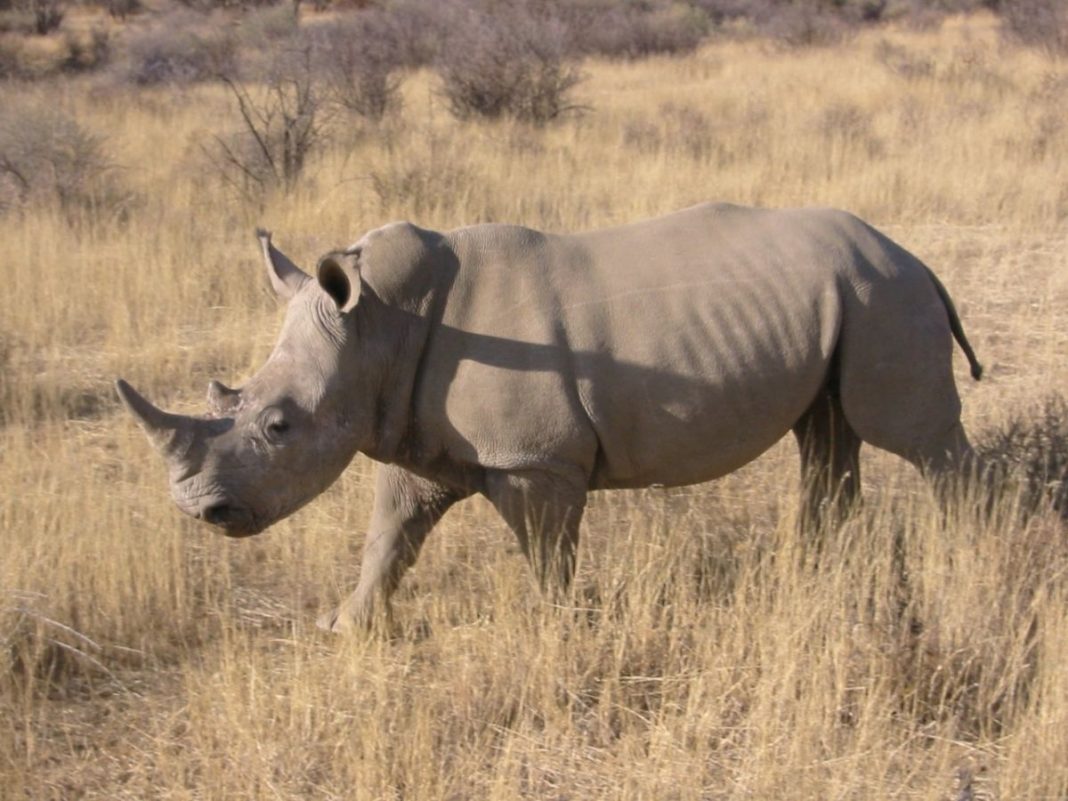 A study by a University of Pretoria researcher into the ablution habits of white rhinos in the Hluhluwe Imfolozi Game Reserve, KwaZulu-Natal, has revealed that these animals use their place of defecation to communicate with each other and take decisions that can affect their ecology.

Their places of defecation are known as middens and are found throughout male territories, in specific areas like rhino paths and on the side of roads. Behavioural ecologist and associate professor in the Mammal Research Institute (MRI) and Department of Zoology and Entomology, Prof. Adrian Shrader and his colleagues, Dr. Courtney Marneweck and Prof. Andreas Jürgens discovered that white rhino middens are serving as centres to pass on information.

A key question that has bothered Prof. Shrader was, who was providing information at these middens and who was receiving it. To answer this, the frequency that individuals visited the middens had to be monitored. In a white rhino territory, there is one territorial male only, and one or two resident subordinate males that do not try to stake claim of the territory. Since male territories are smaller than the many overlapping female home ranges, several adult females and adolescents pass through them regularly.

To find out more about the information transferred, Prof. Shrader’s team extracted odour samples from around the dung of specific individuals, using a micropump. He explains: “Any odours, even odours from food or perfume, are nothing more than a combination of volatile organic compounds (VOCs) and, from the samples we collected, we could determine the actual compounds being released from the dung.” From these odours alone, white rhinos are able to pick up information about the age and sex of individuals that have defecated at the midden, whether the females are in oestrus (heat) and whether the males were territorial or not.

To test these findings, Prof. Shrader and his team created artificial dung odours of a female in oestrus and a territorial male to check if the VOCs that were picked up, did in fact transfer this information. They then tied dried grass together to mimic dung, and soaked it in liquid containing the scent of a female on heat. The fake dung was then placed in a midden and the territorial male’s responses to the scents were recorded using a camera trap.

When the fake scents were placed in the midden, the number of visits by the dominant bull increased, as well as the time he spent there. Prof. Shrader says: “This is probably because he wants to check if he is picking up the right scent – because he hasn’t been able to find either a territorial male or an oestrus female in his territory.” These responses, along with other behavioural observations, confirmed their findings on the information that rhinos communicate at the middens.

Another finding from the study was that there are a number of middens throughout the territory used by the dominant bull. Dominant bulls manage to defecate in smaller volumes so that they can disseminate ’information’ over the middens of their territory. “It is quite remarkable to think a 2 300kg body is able to control his bowel movements so that he can ensure sufficient information is disseminated throughout his territory,” says Prof. Shrader.

This research has been featured in international journals, including Animal Behaviour, Journal of Chemical Ecology, and Proceedings of the Royal Society. – Louise de Bruin, UP

Gazetting of the Sugar Industry Masterplan a major milestone