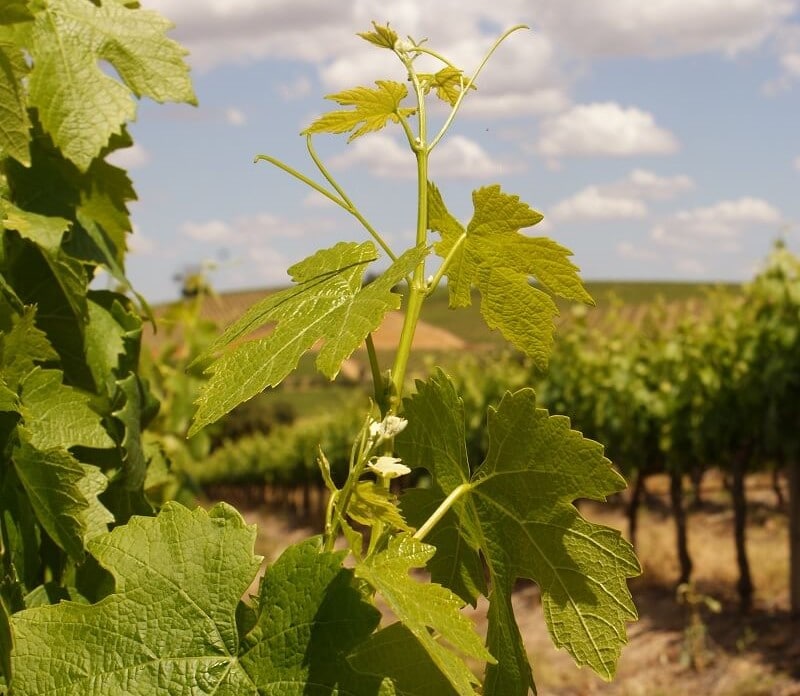 This article was originally published on VinePair. Click here to read the original article.

Most of the wines drunk today are made from a single species of grape vine, Vitis vinifera. Through time, various crossings – both accidental and deliberate – have given rise to thousands of different varieties from this species, each with its own unique flavour signatures and preferred habitats. So, we have the likes of Pinot Noir, Chardonnay, Merlot, Riesling, Cabernet Sauvignon, Syrah, and Sauvignon Blanc – all from vinifera, but all distinctly different. It is estimated that around 98% of all wine consumed today is made from vinifera vines. What of the two percent that doesn’t come from this species? It turns out that there’s an interesting story here: We may be about to see the rise of the hybrids.

What is a hybrid?

The term ‘hybrid’ refers to vines that are the result of a cross between two species. The term is used as a catch-all, but frequently involves crossing native vines from North America or Asia with vinifera; however, it can also refer to accidental crosses of native vine species. When Europeans first travelled to North America, they took their vines with them, but the vines failed to flourish in their new home.

The problem was a set of diseases that European vines had no resistance to, but that American vines had co-evolved with. These included the root-munching aphid phylloxera and two fungal diseases called powdery and downy mildew. Later, in the mid- to late-19th century, these diseases would jump to Europe and cause havoc. Phylloxera, in particular, almost ended wine production worldwide until a solution was found. The fix involved grafting the European vines onto rootstock from American vines. The only way to deal with the two fungal pests turned out to be spraying the vines with sulphur and copper, two chemical treatments that are still used today.

Vinifera is not very green

The legacy of this transatlantic disease spread is that the vinifera varieties we all know and love are not very sustainable. To keep disease at bay, vineyards need to be sprayed many times each season, either with the more traditional remedies of copper and sulphur, or with more modern systemic fungicides. Now, though, we are seeing growing concerns about the environmental impact of viticulture, and this is leading some growers to explore the potential for working with hybrids that carry natural resistance to these fungi. The problem? The wine world still has a horrible bias against hybrids, which are regarded as a low-quality option compared with vinifera.

Before grafting was proposed as a solution, one idea for reviving phylloxera-ravaged vineyards was to replant them with hybrid vines. Lots of work went into breeding them – the so-called French-American hybrids – but no one was convinced by the quality of the wines they produced. They were described as having a ‘foxy’ taste, a term that has been misunderstood: They have a distinctive flavour, and this is described as foxy, but the term was originally used to describe the fondness foxes have for grapes from Vitis labrusca, an American species, rather than any resemblance between the wines and the smell of foxes. Methyl anthranilate and 2-aminoacetophenone are the aroma compounds that are typical of labruscas (such as Concord, Niagara, Catawba, and Delaware), which do have a distinctive flavour. But this is not shared by all hybrids.

New York’s Finger Lakes is one region where the hybrid-vinifera divide is quite clear. Before Prohibition, New York State had a thriving wine industry that dominated American wine production – based entirely on hybrids. But after Prohibition ended, attention shifted west to California, which quickly came to dominate the American scene, in part because of its more liberal liquor laws. New York carried on making wine with hybrids, but in the 1950s and ’60s Dr Konstantin Frank, an immigrant from Ukraine, encouraged the planting of vinifera in the more favoured sites – those that were protected from the extreme cold of winter by proximity to one of the lakes.

This was a great success, and now the likes of Riesling, Chardonnay, and Cabernet Franc are doing very well in the Finger Lakes. It has, however, created a two-speed industry where the hybrids make the cheap, sweet commercial wines and vinifera vines make more serious dry wines that have built the current reputation of the region. Hybrids are still grown here because there are some sites that get too cold in the winter for vinifera to grow. Another advantage of hybrids is that they’re tough and can survive much lower temperatures without winter damage, which may help them gain traction as hybrids continue to grow in popularity.

In many regions where this winter hardiness is not called for, hybrids that once formed the mainstay of the industry have almost disappeared. New Zealand is a good example. Back in 1960, six of its top ten varieties were hybrids, including its top three: Albany Surprise, Baco 22A, and Seibel 5455. And in Canada’s Niagara region, the only significant relics of its hybrid past are Vidal (used mainly for ice wine) and Baco Noir.

A recent trip to Germany’s Mosel wine region told a different story, though. I drove up the slopes behind the village of Kröv, in a region that’s famed for producing some of the world’s top Rieslings. This is where winegrower Jan Matthias Klein has plans to plant a vineyard with a difference, in a place called Kröv Paradies. Rather than Riesling, the mainstay of the vineyards in the area, he is going to plant two hectares with PIWI vines over the next couple of years. He showed me the plot where the schist soils are already under preparation.

What are PIWIs? The name stands for Pilzwiderstandsfähige and they are specially bred fungus-resistant grape varieties with at least 85% vinifera in their genomes. These are technically hybrids, but the people behind PIWIs do not like you to refer to them that way. PIWI International is the organisation responsible for promoting these varieties. Founded in 1999, it now has more than 550 members from 21 countries in Europe and North America.

Klein makes two lines of wines in his winery, Staffelter Hof. The first is a more classical range, from organically grown grapes. Then there’s his line of natural wines, which have cartoon-like labels and are made without any sulphite additions. But even though he farms organically, he – like everyone else there – has to spray copper and sulphur far more often than he’d like to. The PIWIs could be a solution: They are bred for resistance to the fungal diseases that cause so many problems for vinifera. He works naturally in the winery, and this would allow him to work much more naturally in the vineyard, too. His plan is to fence off this two-hectare plot and have sheep doing the weed control. “No machines will be allowed in the vineyard,” he says. “I want to work more naturally and less intrusively, and I want to reduce the CO2 footprint.”

These new varieties are doing well in blind tastings locally. They are still quite niche. “Quality-wise they’re on a par with traditional varieties,” says Klein. “Maybe not Riesling,” he adds with a smile. The varieties he will plant are Muscaris, Souvignier Gris, Sauvitage, Sauvignac, Saturnois, and Donauriesling.

Not far from Kröv is Traben-Trarbach, where Markus Boor of Weingut Louis Klein is also taking an interest in PIWIs. His focus is not on making natural wines, but about ten percent of his production is PIWIs. His varieties include Sauvignac, Donauriesling, Cabernet Blanc, and Johannita.

“It’s the future,” he says. “For anything other than Riesling we have to plant PIWIs.” A tasting through the cellar showed that there is nothing second-rate about these PIWIs. Typically, he says, he’ll spray these vines two or three times a year, whereas the Riesling needs spraying eight to twelve times. “We’ve had years without spraying the PIWIs,” Boor says, although it is necessary to spray occasionally just so they keep their resistance.

Interestingly, though, it could be the natural wine movement that helps propel hybrids into the mainstream. In Vermont, Deirdre Heekin and Caleb Barber’s La Garagista winery has achieved global acclaim on the back of wines made by new-generation hybrids such as La Crescent, Marquette, Frontenac Gris, Frontenac Blanc, and Frontenac Noir, which are well suited to the humid summers and freezing winters of the local climate. And in New York’s Finger Lakes, a collaboration pair of pét-nats made by Nathan Kendall and natural wine guru sommelier Pascaline Lepeltier under the Chëpika label, made with Delaware and Catawba, has made people realise that even the old-school 19th-century labruscas can make something sought after.

It may take some time for the wine world to open its mind to resistant varieties, but the current situation is not sustainable. Our longtime addiction to Vitis vinifera grapes – used in the vast majority of today’s wines – with its attendant spray regimes, is simply no longer justifiable. It’s time to recognise the progress made by the grape breeders, and to get behind these new resistant varieties. – Jamie Goode, VinePair