Home Agri News Will tilapia be the local fish of choice to eat in the... 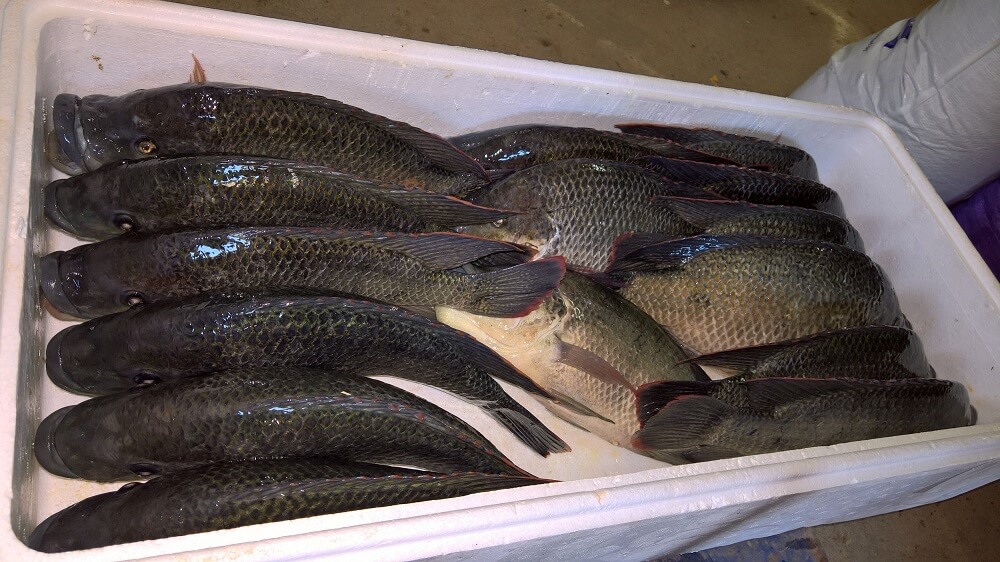 The world’s marine fish resources are under threat and alternative options must be found fast to replace this important food source. Against this background, aquaculture is playing an increasingly important role in global food production. Of particular importance is the strong potential and growing popularity of tilapia as a nutritional, affordable and environmentally friendly solution.

Read it in Afrikaans

Tilapia is a traditionally freshwater fish found in shallow streams, dams, rivers and lakes. The species has been an important source of food and income for small-scale farmers across Africa for centuries. However, the breeding and awareness of the species has increased in recent times, especially in the field of aquaculture and aquaponics. Reasons for this include its hardiness and strong resistance to disease, its affordability and nutritional value, as well as the fact that it is relatively easy for small-scale farmers to farm.

Aquaculture is responsible for the breeding of tilapia in more than 140 countries worldwide. China is the world’s largest producer, consumer and exporter, while Egypt is Africa’s main producer. Africa already has large-scale commercial farms that mostly breed the Nile tilapia species.

The latest figures from the Food and Agriculture Organization (FAO) of the United Nations show that aquaculture is responsible for 6,5 million tons of tilapia per annum of which 90% is farmed in fresh water. Findings from the research firm Research and Markets indicate that the tilapia market will reach a volume of 7,9 million tons by 2024, with tilapia being the second most cultured species after carp.

Tilapia is the fourth largest contributor to seafood consumption in the United States, with only shrimp, salmon and canned tuna eaten by more people. FAO statistics for sub-Saharan Africa estimate fish consumption at 8,9kg per capita compared to the global average of 18,9kg. This discrepancy is largely due to limited supply.

Against this background, the FAO predicts that tilapia will play an increasingly important role, especially as a source of animal protein for the underprivileged, in developing African countries. This is not just a positive indication of the growth in tilapia aquaculture, but will also contribute to many subsistence farms in Africa being converted into commercial small and medium enterprises.

Laeveld Agrochem’s marketing director, Corné Liebenberg, says the value of tilapia as a high protein food source can be marketed much better, especially considering the depletion of scarce marine resources. At the same time, affordable sources of protein remain a big challenge for many South Africans. “South Africans are not big freshwater fish eaters and there is the perception that it tastes like mud and is full of bones. But knowing that you are not exhausting an already scarce fish resource can go a long way to increase the appeal of a fish like tilapia. Furthermore, it also offers excellent opportunities for increased market penetration as South Africa’s population grows.”

Laeveld Agrochem is getting more involved in niche farming practices in South Africa. Liebenberg is especially excited about niche farming operations that offer ordinary people the opportunity to participate in agriculture without the need for huge capital outlay or lots of space to farm on.

Local farm ready to ride the wave to increased demand

Zini Fish Farms, South Africa’s largest pond-based aquaculture farm is optimally positioned to benefit from the increased demand for tilapia. The farm is situated in the Mtunzini area along the KwaZulu-Natal North Coast and recently shifted its focus to the Mozambique tilapia or blue kurper. The aquaculture operation comprises 52 half-hectare saltwater, earthen ponds.

Zini’s founding member and director, Neil Stallard, says their tilapia grow twice as fast in saltwater than in fresh water. It is omnivorous and can consume detrital material, diatoms, invertebrates, small fry and vegetation ranging from micro-algae to rooted plants. This broad diet helps the species thrive in Zini Fish Farms’ earthen ponds supplied by the nutrient rich Mlalazi estuary.

Stallard adds that the marine algae are rich in omega-3 fatty acids; one of the main reasons why people eat fish. He contends that their saltwater tilapia tastes superior to the Nile tilapia that is primarily farmed in fresh water, making it appealing to not only the township and rural markets, but also for the high-end consumer and restaurants.

Zini Fish Farms will harvest their first saltwater tilapia this year, increasing production in 2021 to between five and 15 tons of fish per month. Stallard says they aim to eventually deliver between 500 and 520 tons of fish per annum. – Dirk de Vynck, Brand et al

Developing youth for the future of agriculture