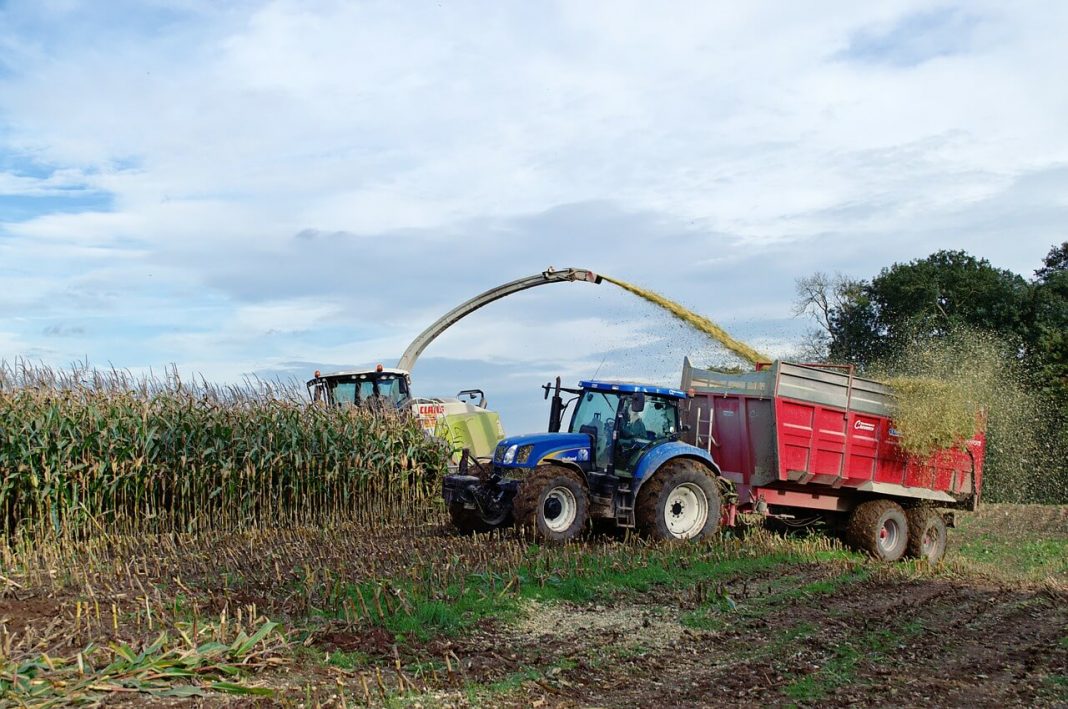 In South Africa there is a wide variety of crops that you can utilise for silage purposes. However, each crop type delivers different yields and offer different nutritional value. In order to truly benefit farm animals, it is important to know when to grow and harvest these crops, and what you can expect in terms of animal nutrition.

When it comes to choosing the best winter grains for silage-making purposes, silage consultant Richardt Venter, says that oats remain the most popular crop. “Wheat silage is another great option, but farmers seldom use their wheat harvest for silage purposes as wheat is a cash crop. Cash crops are normally grown for direct sale in the market, rather than for family consumption or to feed livestock.

“Although the quality of wheat silage is usually very high and therefore great in providing high nutritional value, the plant itself has been bred specifically to produce high grain yields. On a plant-by-plant basis, oats deliver a smaller yield compared to wheat, but when measured per hectare, oats delivers higher plant material yields which translate into more silage. Overall silage quality and starch content will be lower in oats silage compared to wheat silage,” he explains.

Other crops that can also be used as a winter grain silage are canola, triticale and barley. These winter cereals are used on a small scale for silage purposes and are sometimes blended together with oats or wheat to produce a well-rounded mixed silage.

According to Venter, maize is still the main silage crop in South Africa and many other countries around the world. It is also the main summer grain crop grown in the country. The second largest summer silage crop is sorghum. There is a great variety of sorghum crops that farmers can cultivate for silage, including sweet feed sorghum and feed sorghum.

“Any crop that we harvest during summer, can be cultivated for silage. Other summer crops such as lucerne and even soya bean plants, can be harvested and stored as hay or silage.

Out of all the crops used for silage, maize yields the highest starch content. According to Venter the amount of starch content in a harvest, is determined by the development of the corn cob as well as the ratio of grain yield compared to the volume of the plant material. “Normally the starch content of maize silage equates to 30% or more on a dry-matter basis. In other words, expressed as a percentage of the dry matter, 30% would be starch.

“When compared, both oats silage and feed sorghum silage yield on average less than 10% starch. In extreme cases where specific cultivars were used, yields of 12 to 15% starch in wheat silage and 15 to 20% were achieved with feed sorghum. However, average yields will not reproduce these results,” says Richardt.

There are a myriad of factors that affect the nutritional value of silage. The specific cultivar used, production method, fertiliser and even the planting density, all affect the level of nutritional value that can be expected from each harvest, explains Venter. “There is no such thing as a magic formula. Sometimes crops cultivated under harsher conditions which are expected to produce a lower yield, often flourish because of a single underlying factor that made all the difference. And the opposite is also true.

“Soil type, the amount of rainfall expected in any given season, and a farmer’s access to irrigation also play a role in, for example, determining the ratio of grain yield to plant material volume. For maize in particular, harvesting should take place late enough in the season so that the crops can yield the highest possible starch content. In contrast, oats and barley could be harvested sooner to ensure a higher protein yield,” he concludes.

Click here to read more about silage production and how it can be a lifeline during a drought.

The Santam Agriculture National Silage Competition officially kicked off on 1 January 2020, when entries opened for both winter and summer grains. The 2020 competition is the seventh of its kind and is also the flagship project in the Plaas Media stable of media platforms and competitions. – Claudi Nortjé, Plaas Media

If you are an input supplier who wishes to enter your clients or if you wish to enter as an individual participant, please contact Deidré Louw on 066 231 2430 or email deidre@plaasmedia.co.za.

See the poster below for more information regarding the 2020 silage diary.

Open-field sprinkler irrigation maintenance: What you need to know